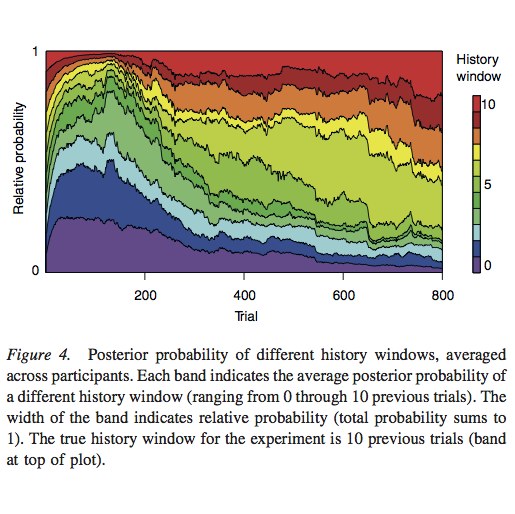 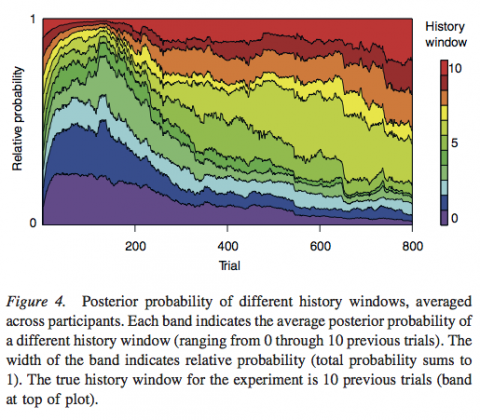 Abstract:  Melioration — defined as choosing a lesser, local gain over a greater longer term gain — is a behavioral tendency that people and pigeons share.  As such, the empirical occurrence of meliorating behavior has frequently been interpreted as evidence that the mechanisms of human choice violate the norms of economic rationality.  In some environments, the relationship between actions and outcomes is known. In this case, the rationality of choice behavior can be evaluated in terms of how successfully it maximizes utility given knowledge of the environmental contingencies.  In most complex environments, however, the relationship between actions and future outcomes is uncertain and must be learned from experience.  When the difficulty of this learning challenge is taken into account, it is not evident that melioration represents suboptimal choice behavior.  In the present article, we examine human performance in a sequential decision-making experiment that is known to induce meliorating behavior.  In keeping with previous results using this paradigm, we find that the majority of participants in the experiment fail to adopt the optimal decision strategy and instead demonstrate a significant bias toward melioration. To explore the origins of this behavior, we develop a rational analysis (Anderson, 1990) of the learning problem facing individuals in uncertain decision environments.  Our analysis demonstrates that an unbiased learner would adopt melioration as the optimal response strategy for maximizing long-term gain.  We suggest that many documented cases of melioration can be reinterpreted not as irrational choice but rather as globally optimal choice under uncertainty.