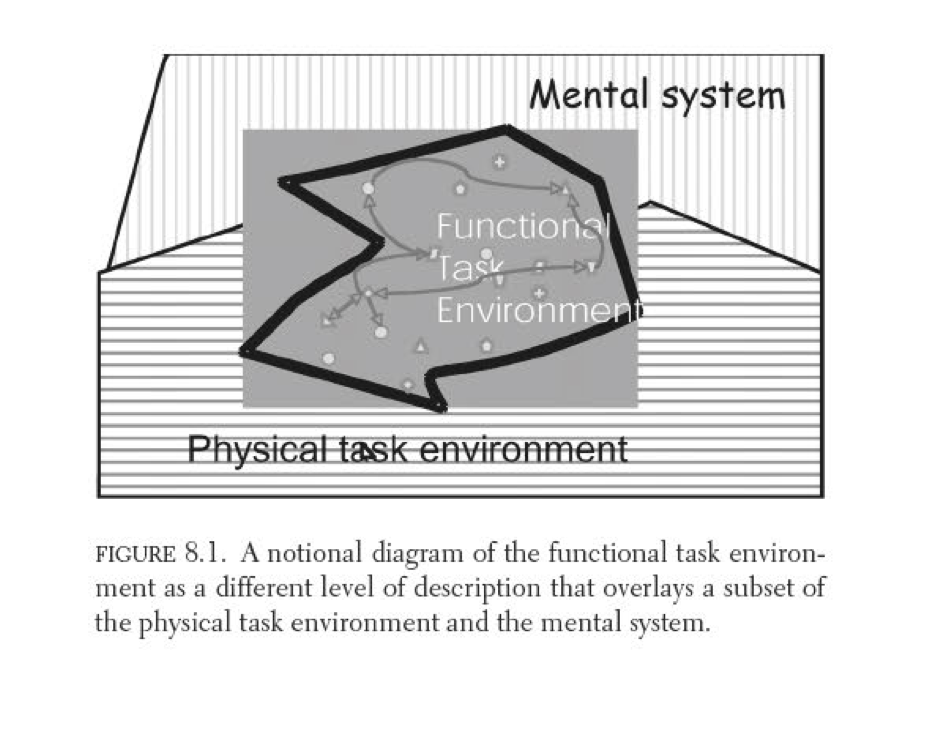 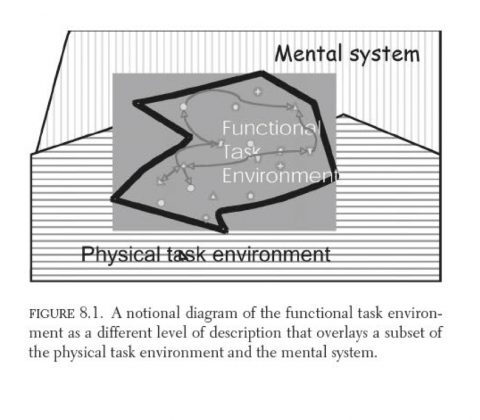 Human beings, viewed as a behaving system, are quite simple.
The apparent complexity of our behavior over time is largely a reflection
of the complexity of the environment in which we find ourselves.
(Simon, 1996, p. 53)

From the introduction:  Although human thought may be possible in those floatation tanks that are used to encourage meditative states, in by far the majority of instances thought occurs in the context of some physical task environment. The physical environment can be as simple as a light and book. It can be as complex as the face of a mountain and the equipment of the climber. It may be as dynamic as the cockpit of an F-16 in supersonic flight and as reactive as a firefight in Iraq or as heated as an argument between lovers.
(…)  This chapter introduces the concept of the functional task environment (…). This concept integrates disparate findings that show important differences between the physical task environment and the ways in which humans perceive, think about, and act on the physical world.