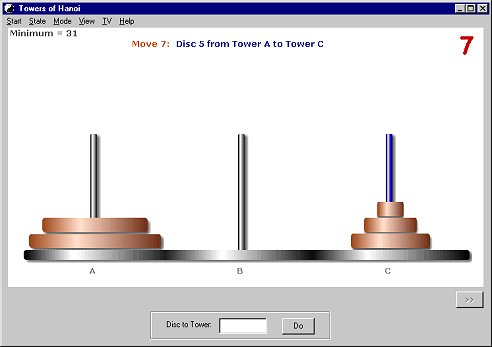 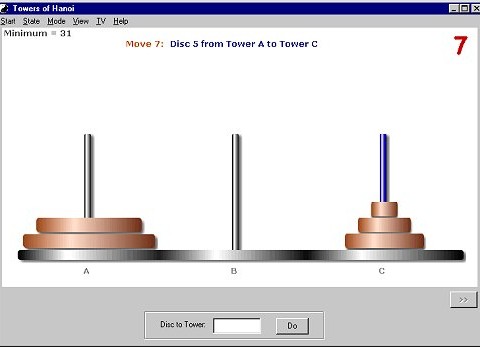 Abstract:  This article explores the concept of epistemic actions in the Tower of Hanoi (ToH) problem. Epistemic actions (Kirsh & Maglio, 1994) are actions that do not traverse the problem space toward the goal but facilitate subsequent problem solving by changing the actor’s cognitive state.  We report an experiment in which people repeatedly solve ToH tasks.  An instructional manipulation asked participants to minimize moves either trial by trial or only on the last three of six trials.  This manipulation did not have the predicted effect on the trial-by-trial move counts.  A second, device manipulation provided some participants with an “exploratory mode” in which move sequences could be tried then undone without affecting the criterion move count.  Participants effectively used this mode to reduce moves on each trial, but there was no clear evidence that they used it to learn about the problem across trials.  We conclude that there is strong evidence for one sub-type of epistemic action (acting-to-plan) but no evidence for a second sub-type (acting-to-learn).

Comment:  This experiment used my MultiTowers program that allows running psychological experiments involving the Towers of Hanoi (ToH) and Tower of London (ToL) problems and is described and available here. (Please note: The Visual Basic 6 source code was written in 2002, so be careful when running it on current systems.)