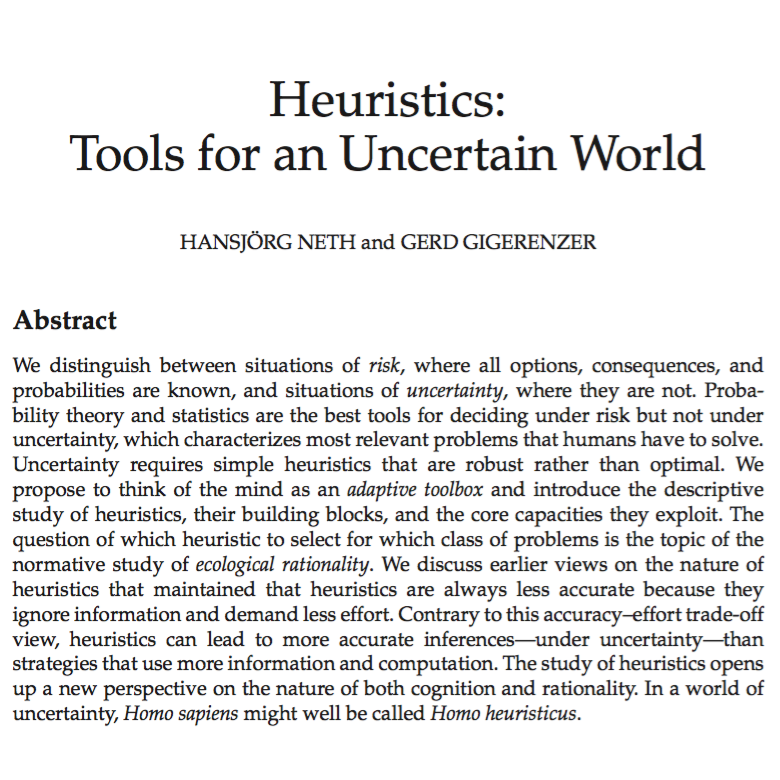 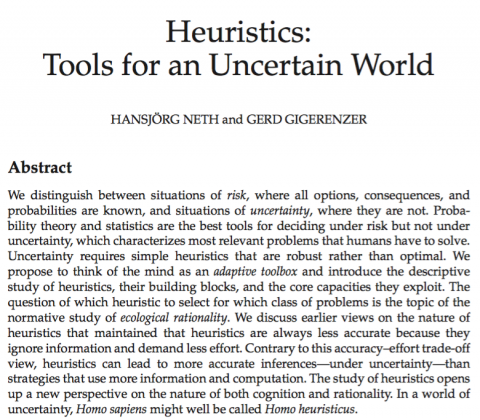 Heuristics: Tools for an uncertain world

We distinguish between situations of risk, where all options, consequences, and probabilities are known, and situations of uncertainty, where they are not.  Probability theory and statistics are the best tools for deciding under risk but not under uncertainty, which characterizes most relevant problems that humans have to solve.  Uncertainty requires simple heuristics that are robust rather than optimal. We propose to think of the mind as an adaptive toolbox and introduce the descriptive study of heuristics, their building blocks, and the core capacities they exploit. The question of which heuristic to select for which class of problems is the topic of the normative study of ecological rationality.  We discuss earlier views on the nature of heuristics that maintained that heuristics are always less accurate because they ignore information and demand less effort.  Contrary to this accuracy–effort trade-off view, heuristics can lead to more accurate inferences—under uncertainty—than strategies that use more information and computation.  The study of heuristics opens up a new perspective on the nature of both cognition and rationality.  In a world of uncertainty, Homo sapiens might well be called Homo heuristicus. 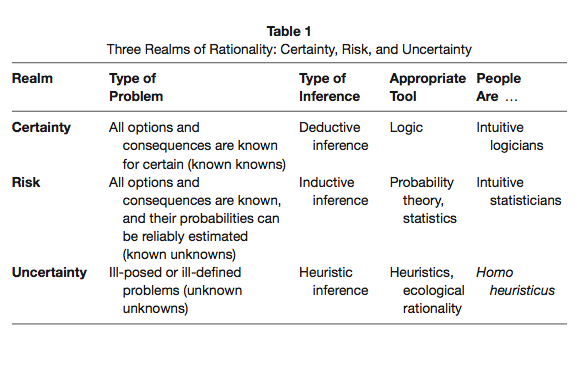 Selecting an appropriate tool crucially depends on the current realm of rationality. Whereas logic and statistics work well under certainty and risk, heuristics can be (more) successful tools under conditions of uncertainty.